The Ministry of Health and Child Care reportedly notified doctors that the allowances would now be paid only to doctors who work while they are on leave.

One doctor at a public hospital in Bulawayo said cutting short their working hours would compensate for being allegedly over worked and underpaid.

“We have been working overtime because we are short staffed and we have been patient all along. We have just been notified that we will no longer get over time allowances unless we work during leave and that is unfair,” said a disgruntled doctor who spoke on condition of anonymity.

He said working only eight hours daily would help send a message to the employer.

Normal working hours for doctors run from 8AM to 4PM and if one works beyond that she or he is considered to be working overtime.

“We did have a problem last week when the SSB made it clear that doctors would no longer get over time allowances unless they work during official leave days.

“Doctors were so disgruntled and I had to meet them to discuss the way forward,” said Dr Ngwenya.

He said so far all doctors had been coming to work normally “save for one or two who are resistant.”

“The situation is normal. Although they haven’t been paid overtime, they are coming to work. I have personally written a letter to the SSB on behalf of the doctors and I hope that the response will be in their favour.”

Dr Ngwenya said he believed there could be exceptions in implementing the directive as the hospital is already working hard to fill in gaps that they have in the hospital.

“The SSB notified us that this is a countrywide exercise and will affect all doctors working for public hospitals. We, however, look forward to a positive outcome as we cannot afford to have our doctors disgruntled,” he said.

Contacted for comment, Zimbabwe Medical Association secretary general Dr Shingi Bopoto said he was not aware of such a development.

“None of our members has contacted me to notify us of such a development. I will only be able to comment on the issue once I receive official complaints,” Dr Bopoto. 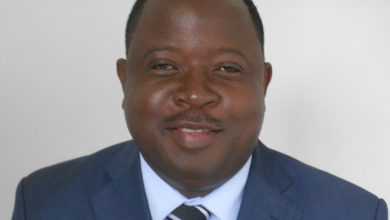