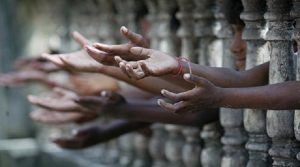 THE Ministry of Health and Child Care has raised concern over increased malnutrition cases in Matabeleland North province that has seen children suffering from kwashiorkor and marasmus.

Matabeleland Provincial Medical Director Dr Nyasha Masuka said although the country had a bumper harvest, some children within the province were malnourished.

“Maize is the least nutritious grain in the world, especially for babies, that’s why they get kwashiorkor while eating isitshwala/sadza. There is a need for a balanced diet with proteins, vitamins, fats, which is why we say they should add peanut butter or margarine in porridge and meals should have protein like fish, chicken, macimbi, matemba.

“In some cases we have babies that are weaned early and are at high risk of malnutrition even if the granary is full of maize. In most instances, places like Tsholotsho receive babies from South Africa who are weaned early and brought to the care of grandmothers, who cannot closely monitor their diets.” he said.

Dr Masuka said investigations that were done last week indicate that 10 children from Tsholotsho district were admitted to Tsholotsho District Hospital and other health facilities.

“Of the 10, the three admitted at Tsholotsho District Hospital were babies who had been brought from South Africa, been abruptly weaned and having developed kwashiorkor. Caregivers are grandmothers and these children were brought into the country by cross border transporters,” he said.

In Tsholotsho, the reported cases of kwashiorkor rose from 8 in July to 15 in August before going up again to 21 in September.

There were no marasmus cases in July and eight cases were recorded in August.

Binga recorded one case of kwashiorkor in July and three in August. Twenty seven marasmus cases were recorded in the district in July but the figure dropped to 16 in August before increasing to 17 in September.

Nkayi had eight cases of kwashiorkor in July which went up to 11 in August.

Dr Masuka said through their programme of community screening for malnutrition, they had successfully detected malnutrition cases, and affected children were being treated.

“We call on stakeholders to engage in the fight against malnutrition cases in the province before the situation gets out of hand. Issues of nutrition need a multi-sectoral approach, one which includes the Ministry of Agriculture, Mechanisation and Irrigation Development, Ministry of Public Service, Labour and Social Welfare, Ministry of Primary and Secondary Education, working hand in hand with the MOHCC,” he said.

Dr Masuka said the Health Ministry has programmes that encourage mothers to breastfeed from within 30 minutes after giving birth to 18 months.

“We have some donor programmes in the province such as Amalima project that are assisting with nutrition gardens and animal husbandry to encourage self-sustenance among communities.

“We are encouraging communities in this region to learn to grow small grains such as sorghum, rapoko and the like, because they are drought-resistant crops and much more nutritious than maize,” he said.

“Those suffering are receiving medication as per prescription and all children between six to 23 months within the district were put under ration feeding.”